A fault line or faulty information? The Taliban, reconciliation, and audacious claims 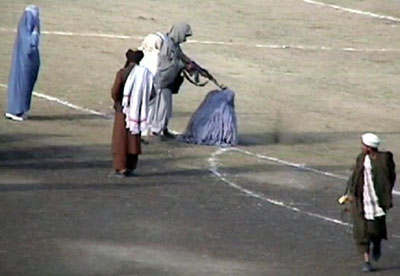 The Taliban are prepared to accept a long-term US military presence in Afghanistan… the guiding principle, according to [an intervieww], was that US military bases and continuing presence of soldiers would be acceptable to a level ‘that does not impinge on our independence and religion.’

The RUSI report is based on interviews with four “senior Taliban interlocutors,” who spoke to the authors about the Quetta Shura Taliban ostensibly led by Mullah Mohammad Omar (but de facto controlled by other actors, including Pakistan’s ISI). The interviewee who provided the most insight on the question of US bases (referred to as “B”) is described as:

a former Taliban deputy minister and a founding member of the Taliban. B was part of the group that pushed its way into Kandahar in the early 1990s… He also made clear that he was choosing his words carefully to represent, as far as possible, the general and genuine views of the movement in response to our questions.

Not surprisingly, others associated with the Taliban movement were firm in their denial of such a position. Sayed Akbar Agha, a former Taliban commander, called the statements false and said they were purely based on RUSI’s own opinions. Zabihullah Mujahid, a Taliban spokesman, also called the report baseless and “a lie.”

The report is already being frequently cited in blogs and news stories, sometimes in an almost casual, flippant way (e.g. something along the lines of “…a report indicates the Taliban are willing to accept military bases…”). Context is, of course, ignored. Citations of the RUSI report assume the Taliban to be a unitary actor, and further assume that the individuals interviewed are actually representative of that unitary enemy. In reality, the Quetta Shura has both political and military wings, which further break down into several committees and competing personalities. (See the Long War Journal’s dated but still excellent primer on the Afghan Taliban’s leadership.)

So the question is: does the claim represent a potentially exploitable fault line within the Taliban, or just faulty information?

If there are truly elements of the Taliban that would be willing to accept US military bases in Afghanistan, it could indicate a desire for a balancing influence against Pakistan, which will certainly seek to have a strong influence in Afghanistan after the eventual American withdrawal. While elements of the Pakistani army, government, and intelligence services support insurgent groups, their interests are certainly not perfectly aligned, and current insurgent groups will want to break free of Pakistani influence in a post-US Afghanistan.

The more likely answer is that the authors of the RUSI report simply received a single individual’s opinion, which was then enthusiastically presented as being more informative and indicative of a wider sentiment among Taliban leaders than it really is. Until we start hearing such opinions being expressed by insiders within the actual Quetta Shura Taliban (and not anonymously), we shouldn’t lend too much weight to claims like the ones in the RUSI report. Furthermore, the political and military wings of the QST must align in their opinions if a political settlement is to be successful. There is no use in negotiating a peace with one group if its fighters reject it and continue their insurgency.