Q&A with a former US Army medic on Reddit 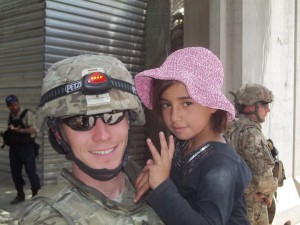 Reddit’s “IAmA” forum has another fascinating Q&A with a military member up. A former US Army medic who served in Afghanistan and Iraq answered dozens of questions earlier today.

In addition to the medic himself, other servicemembers pitched in with answers from their own experiences.

A sample of some interesting questions and answers:

Q: Are the Afghans generally friendly with you?

A: About 75% I encountered were. The rest just mostly didn’t pay any mind but there were a handful (not the ones shooting at us) that would get really aggitated when we were around. Most were just content to live and let live though. We made it our business to not start fights

I’m an Afghan myself and there are several reasons they get agitated around you.

As an Afghan, thank you.

Q: What was the most intense situation you encountered?

A: August 19, 2011 I was involved in the bombing and firefight at the British Council in Kabul, Afghanistan. I was the only medical asset on scene and as such was moving all over the battle space. I treated 7 people that day for serious injuries, 6 Afghan police/soldiers and 1 New Zealand soldier. the 6 Afghans made it but the New Zealander did not unfortunately. Link to story: http://www.bbc.co.uk/news/world-south-asia-14585563

Regarding the presidential campaign:

Q: What’s the general voting consensus right now among troops? Who are they favoring?

A: The troops tend to favor the Republican nominees. I know Ron Paul has been making waves but there were alot of Santorum supporters